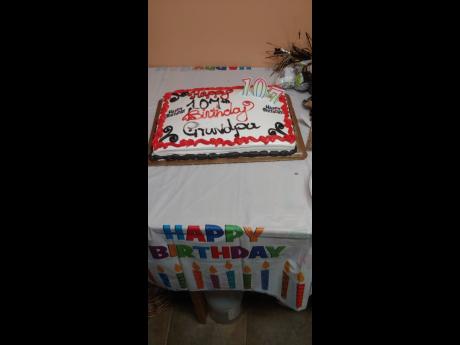 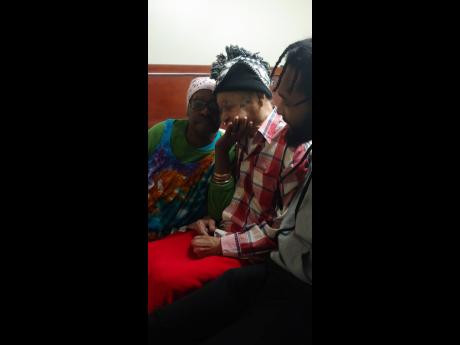 Joseph Leslie Lloyd is surrounded by his daughter, Petrona Gordon, and his grandson.
1
2

Last Monday, the family of Joseph Leslie Lloyd came together to celebrate his 107th birthday in Brooklyn, New York, in the United States of America.

Lloyd was born in Calabash Bay, St Elizabeth, the first of five children. He then moved to Pass Side, Clarendon, with his wife of more than 50 years, Cerlyn Lloyd. The couple then migrated to the United States in 1982, and has been living there since.

For his daughter, Petrona Gordon, the secret to her father's long life is in his genes.

She said although her father is now bedridden, and has lost most of his hearing, he is still very sharp and loves his liquor.

"He drinks. He loved Grey Goose, and he still does," she said.

Gordon said her father was a fisherman, who would made long fishing trips.

"He used to go away to the cays. They use to go to Peter Cay, Managua, Nicaragua, and all those places to fish. They would come back within a month or two and come back with all those fish and supply it to the fishing industry in Kingston," she said

"I remember when he used to come back, he used to bring things from those places. He would have a fish that would weigh like a hundred pounds," she added.

Gordon describes her father as a kind gentleman who valued honesty.

"He was always telling us to do good, no matter to who; do good to people, and that we must always be kind," she said.